Learn Why Our Patients Love Us

What Is Holistic Dentistry?

Have you considered the fact that dental problems may be linked with other seemingly unrelated health problems? For a long time, traditional dentistry focused strictly on dental problems, without considering other ailments in the body and how they might be related to dental health. But as doctors are learning more about whole-body systems they are starting to understand that a holistic approach might be more beneficial for long-term health and wellness. Holistic dentistry is becoming more common, although a large portion of the population is not familiar with the differences between a traditional dentist and a holistic dentist. 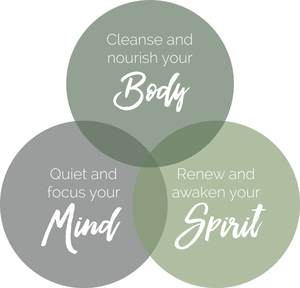 What is Holistic Dentistry?

The term “holistic” refers to the process of looking at and treating the complete body system instead of focusing on the individual symptoms alone. When it comes to health and wellness, it can be easy to focus on one symptom and forget that the symptom is likely related to a deeper problem. Treating the symptom alone won’t solve the problem because it is a superficial treatment that doesn’t address the root problem.

Holistic dentistry considers the overall health of the patient and how their health is related to their dental health. It is a more comprehensive form of dentistry, which has combined modern dental diagnostics and treatments with integrative medicine and natural approaches. When a holistic dentist works with their patients, they are examining more than just the teeth. A holistic dentist understands that other factors may impact dental health, such as nutrition, bite problems, and other biological imbalances that may cause system wide health challenges. A holistic dentist focuses on overall health and wellness, in addition to the standard approach of simply treating diseases in the teeth and gums.

Why Visit a Holistic Dentist Instead of a Traditional Dentist?

Many people are broadening their horizons and looking beyond conventional Western medicine to find an integrative holistic approach because they want to treat their health symptoms in a more natural way that supports overall health. The modern medical approach to most health problems is to prescribe a medication or use harsh treatments to get rid of the symptoms. But often those treatment methods can result in poor results and negative side-effects, which can be avoided if a holistic approach is used.

When visiting with a holistic dentist, you will see that the dentist uses both natural healing methods as well as modern science in order to find a good combination of treatments for your individual needs. Instead of only focusing the teeth, a holistic dentist considers the body, mind and emotional health of the patient. The treatment process is designed to improve overall health, and dental health will improve as a result of improving the whole body.

Some of the differences between a holistic dentist and a traditional dentist may include:

Even though there are some  critics of holistic dental practices, the results speak for themselves. There are many people who have experienced great health successes as a result of the work of a holistic dentist. For example, some people have experienced a seemingly mysterious illness for many years, and doctors were unable to find a cause or solution. After exhausting all modern medical resources they visited a holistic dentist, and learned that previous dental treatments or occult pathology (disease) may be the cause of the chronic illness. Once the holistic dentist takes the proper steps to identify and remedy the problem, such as removing amalgam fillings, balancing the bite or fixing a tooth with a root canal, then the illness can quickly disappears.

When you visit a holistic dentist, they understand that the teeth are an important part of the whole body system, and dental health is closely related to overall health. They will help you to avoid the dental treatments that may be causing other symptoms in your body. When those traditional dental treatments are remedied, then the toxic impact is relieved and the body can function more effectively.

Many people are turning to holistic dentistry to sanitize the mouth and undo old dental treatments that they received. A holistic dentist can help by safely removing amalgam fillings and replacing them with safer, more natural looking  fillings that are mercury-free. Or, if you have a root canal treated tooth, then a holistic dentist can advise you on the best treatment to reverse the effects that the root canal may be causing. Remember that the symptoms of these dental treatments may not always be readily noticed, because it is possible for traditional dental treatments to cause negative health symptoms in other parts of the body that seem to be unrelated to dental health.

Another reason that you may consider visiting a holistic dentist is because the dentist can help you minimize or avoid harmful dental treatments. Prevention is the best approach, and they will help you to improve your overall health so that you can avoid major dental problems that might require invasive treatments. Through enhanced nutrition, whole body wellness, and other methods, a holistic dentist can help you to create healthier lifestyle choices which will have a positive impact on your dental health as well as many other aspects of your general health.

Have questions? Give us a call!

Millennium Dental Associates are leaders in the field of holistic dentistry and offer a very wide range of services, some more commonly found in the offices of specialists. Most all oral surgical procedures and restorations are performed in-house so your need to travel for added care is kept to a minimum.